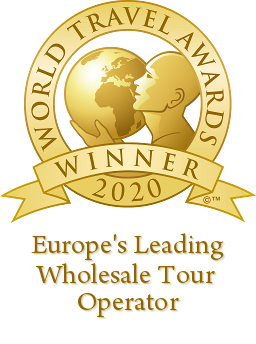 On this trip you can discover and learn to love three capitals of Scandinavia!

You start in Copenhagen, which shines with its diversity between cultural and diverse offers. Whether you want to visit Tivoli amusement park or the little mermaid, there is something for everyone. We continue to modern Oslo, where design and future orientation play a major role. Here you can, for example, view the skyline "Barcode" and the bright white opera. Finally you get to the historic city of Stockholm, where you can explore the old town and Museum Island. A boat trip to the unique archipelago islands completes this trip. Let yourself be inspired by the diversity of the Scandinavian capitals.

Day 1: Arrival Copenhagen - A
After arrival, discover the first Scandinavian capital of your trip: Copenhagen. Get to know the cozy Danish metropolis with its magnificent buildings, pretty squares and countless other sights. Also worth seeing is the inner-city water arm Nyhavn, which gives an almost Mediterranean flair in summer. In the colorful gabled houses you will find restaurants and cafés, where you can sit outside in the warm season and gaze out over the boats lying in the water.

Day 2: Copenhagen - Ferry Oslo - F/A
It is only 1.25 m tall, but known worldwide - the sculpture of the Little Mermaid. It was even loaned to Shanghai for the 2010 World Exhibition! But there is of course much more to discover in Copenhagen: magnificent castles, great churches and numerous museums shape the cityscape. Watch the changing of the guard at Amalienborg Palace, the residence of the royal family, and admire the so-called marble church with its imposing dome which is one of the highest in Europe, by the way. In addition to the time-honored buildings, Copenhagen also offers a highly modern side: the Royal Opera or the concert hall with its semi-transparent facade are just a few of the spectacular new buildings. You can see all this in the city tour, which ends with a visit to the market hall and a tasting of the delicacies available there. In the afternoon you will discover the picturesque harbor canal Nyhavn with its colorful gabled houses by boat. In the afternoon, take the DFDS ferry towards Oslo.

Day 3: Oslo - F/A
After breakfast buffet, arrival in Oslo. The Norwegian capital is beautifully situated on the Oslofjord, surrounded by the forests of the Nordmarka. You will find a wonderful connection between nature and cultural sights here.
Today, Oslo impresses with a mixture of old and new. Classic sights include the royal palace and Vigeland Park with its numerous sculptures. The ski jump on the Holmenkollen, the bright white opera and the new city districts that were created in former harbor areas are modern and spectacular. The latest also includes the barcode with its impressive skyline and Sorenga with its large sea water pool, a beautiful waterfront and chic restaurants. Oslo is known for its interesting museums: there are several on the Bygdöy peninsula, including the large open-air museum (Folkemuseum) and the Fram Museum with the famous polar ship of the same name. The ski museum in the Holmenkollen ski jump is also worth seeing. You will see all of this during the second city tour of your trip (entrance not included). Afterwards, watch the bright white opera and end the evening with a 3-course menu in the hotel.

Day 4: Oslo - Train - Stockholm - F/A
In the morning your train starts towards Stockholm. You can reach the Swedish capital by train within a few hours. Stockholm is located at the mouth of Lake Mälaren in the Baltic Sea, and spread over fourteen islands. Infront of the coastline of the coast are around 24,000 larger and smaller archipelago islands - the largest archipelago in Sweden. This wonderful location and the numerous magnificent buildings make Stockholm one of the most beautiful capitals in Europe. As part of your third city tour stroll through the alleys of the old town Gamla Stan, admire the town hall (Stadshuset) and the Royal Castle, which is one of the most important baroque buildings in Northern Europe also worth seeing are churches, noble palaces and great museums: Skansen, Sweden's largest open-air museum, shows around 150 historical buildings from all over Sweden, as well as elk, bears and other animals from the north. In the Vasamuseum you can marvel at the magnificent warship Vasa decorated with carvings, which sank in the harbor area in 1628 on its maiden voyage and was only salvaged over 300 years later.

Day 5: Stockholm - F/A
Enjoy the breakfast buffet at the hotel. Afterwards the bus is waiting for you to take you on your next city tour. Here you can explore the museum district with its numerous museums. In the afternoon, a wonderful boat trip takes you to the Stockholm archipelago. You can experience the picturesque world of countless islands from the water in a particularly beautiful way. You will have a cruise tough the archipelago. Among other things, you can see the town of Vaxholm with its pretty wooden houses, and the Vaxholm Castle, which dates from the 16th century is located on a small island in front of it. Incidentally, some scenes of a Pippi Longstocking film wich were shot here. Then return to Stockholm.

Day 6: Departure - F
Get ready for departure on the way to the airport. Flight home according to your own program.

Unser Tipp:
What about extending your trip to the Finnish capital? You can get there by a comfortable night ferry from Stockholm. Helsinki today presents itself as an innovative metropolis with exceptional architecture. Nevertheless, the city has preserved its historic culture and you can still see Russian and Swedish influences. The Finns are proud of their capital, which seems to effortlessly keep the balance between history and future. If you are interested in modern architecture or exciting history, we would be happy to make you an offer.

Wichtig:
Please note that the arrangement price is only valid on Mondays and Thuesdays. All other depature days are for request. The dinner cruise departure only takes place on certain days. We would be happy to send you an offer for your preffered date.