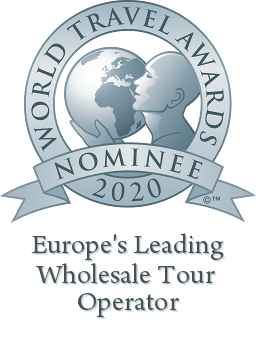 Iceland during wintertime? Yes, because at this time of the year a trip to this island in the North Sea is a very special experience! Lonely landscapes in the glistening snow, unusual lighting moods and the spectacular northern lights make up the charm of the Icelandic winter. And because of the Gulf Stream it is not as cold as you might think.

Reykjavik, the Icelandic capital, will please you with its mix of colorful houses, museums and good restaurants. Even the sidewalks are heated in winter! From here you can explore some of the island's most fascinating places, such as the Thingvellir National Park, an UNESCO World Heritage Site, and the bizarre lava fields of the Reykjanes Peninsula.

Day 1: Arrival Iceland - Reykjavik – 50 km
Arrival to Iceland on your own. The island in the far north is known for its magnificent landscapes - characterized by active volcanoes, mighty glaciers, geysers and impressive waterfalls. Your location for the next few days is Reykjavik, the Icelandic capital - by the way, the northern most capital in the world. Here you will find an exciting mix of small, colorful houses and modern buildings, such as the conference and concert center Harpa or the water reservoir Perlan. It has six huge tanks and an impressive glass dome and a viewing platform. The city also has numerous pubs and cafes, museums, theaters, chic bars and many good restaurants.

Day 2: Reykjavik and Northern light trip by Bus – 100 km - F
In the morning you will get to know Reykjavik during a guided city tour. You will see, among other things, the Höfdi House, a wooden villa in which a summit meeting took place in 1986 between Reagan and Gorbachev, the fishing port and the Hallgrim Church with its unusual facade. In the evening you will experience a northern light trip by bus - and with a bit of luck - the natural spectacle of the Northern Lights. Numerous legends surround this spectacular natural phenomenon and 2000 years ago they were considered signs of gods and spirits. And even today, although you know how they are created, you can hardly escape their almost magical effect. Far from the bright lights of the city, there is a great chance to admire the Aurora Borealis.

Day 3: Full day trip Golden Circle – 240 km - F
The full day trip tour "Golden Circle" combines culture, nature and the geology of Iceland. Follow in the footsteps of history in Thingvellir: here as early as 930 AD. As a result, Thingvellir is considered as one of the oldest parliaments in the world. Here is also the spot where the American and Eurasian continental plates drift apart. The area is protected as a national park and is an UNESCO World Heritage Site. Afterwards you will visit the famous "Geyser" and the slightly smaller "Strokkur", which makes its water shoot up to 35m several times an hour. Another highlight is the Gullfoss: Perhaps the most beautiful waterfall in Iceland crashes in two stages in an imposing gorge.

Day 4: Half day trip Reykjanes – 130 km - F
On this excursion, you will first see the Bessastadir Manor, which is the official residence of the Icelandic President today. In the church you can admire the pretty glass windows. The next stop will be the Reykjanes peninsula: numerous volcanic craters, caves, geothermal areas and lava fields characterize the fascinating landscape. Back in Reykjavik, it is worth visiting the norhtern lights exhibition: Here you will learn interesting facts about this magnificent natural spectacle.

Day 5: Reykjavik - Keflavik - Departure – 50 km - F
It's time to say goodbye to the island of fire and ice. Transfer to the airport of Keflavik and return flight on your own. Bye for now!